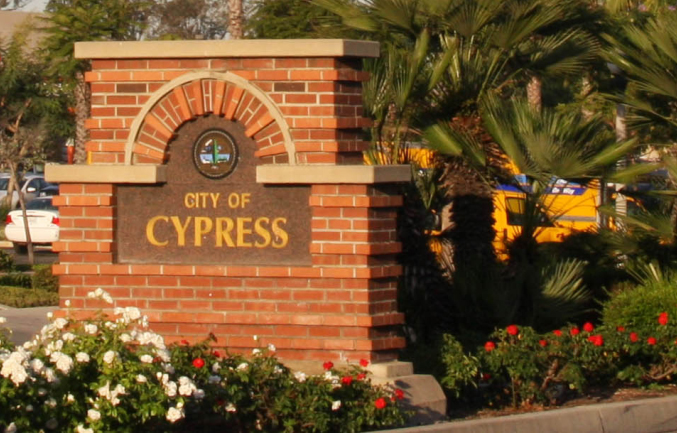 Cypress is a city in northwestern Orange County within Southern California. Its population was 50,151 at the 2020 census. Living in Cypress offers residents a dense suburban feel and most residents own their homes. In Cypress there are a lot of restaurants, coffee shops, and parks. Many young professionals live in Cypress and residents tend to be liberal. The public schools in Cypress are highly rated.

The first people living in the area now known as Cypress were the Gabrieleno, a Native American tribe of the Tongva people, who were displaced soon after the arrival of the Europeans. The government of Spain then possessed the land until Mexico gained its independence in 1821. Mexico then lost Alta California to the United States during the period following the Bear Flag Revolt and the Mexican-American War.

The original Spanish dons held immense tracts of land throughout California, which were given in lieu of pay to Spanish soldiers. Manuel Nieto was one of the early Spanish dons or landowners in the area. After his death in 1804, his sons retained title to Rancho Los Nietos, but these lands were eventually broken up and distributed among them in 1833 by a grant from the Mexican governor, Jose Figueroa. Manuel’s son, Juan Jose Nieto, retained the title to a large portion of his father’s original properties in southern California that included the present-day area of Cypress. That land and other Rancho properties were finally sold to the American Abel Stearns, then acquired by the Robinson Trust, a group of investors, which eventually parlayed their holdings into a vast land speculation business.

Cypress is 29.3 miles from Inglewood.

Cypress is 16.2 miles from Santa Ana.

Cypress is 27 miles from West Covina.